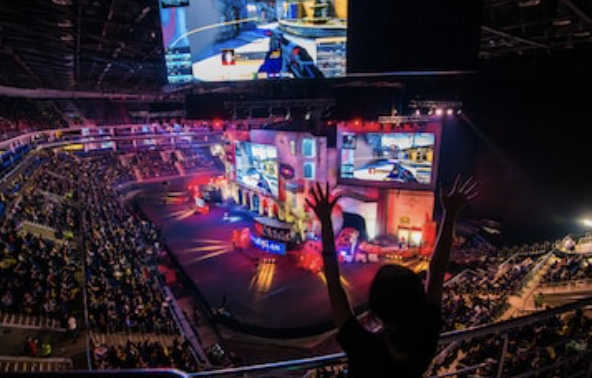 eSports is quickly becoming one of the “can’t miss” trades of the year.

“Plenty of leagues and tournaments now have huge audiences, so companies are positioning themselves to directly monetize these eSports enthusiasts. While this began happening last year, the market is constantly expanding on its early learnings. The result: 2019 will be the first billion-dollar year for eSports, a market that will continue to attract brands across all industries.”

But this is just the start.

Goldman Sachs estimates the total online population is over 3.65 billion people globally, to go along with 2.2 billion gamers, but eSports viewers represent just 5% of the online population, which suggests that there should be plenty more room for growth.

So, it makes sense to look at stocks that could benefit, including:

The company approved a repurchase program of up to $15 million over the next two years. “We are confident in the strength and future of Turtle Beach,” said Juergen Stark, CEO of Turtle Beach. “This repurchase program, our acquisition of ROCCAT, and the continued expansion of our gaming audio products demonstrate our balanced strategic approach and our commitment to investing in profitable growth. We look forward to delivering value to our shareholders through continued execution of our strategic growth pillars and effective use of our capital.”

“We expect to generate free cash flow of over $23 million in 2019, or over $1.40per share. While our top priority is funding our core business and future growth drivers, such as our recent acquisition of ROCCAT, we believe our stock represents one of the most attractive investment opportunities in the gaming space, and we will take advantage of the opportunity to invest in our company as appropriate.”